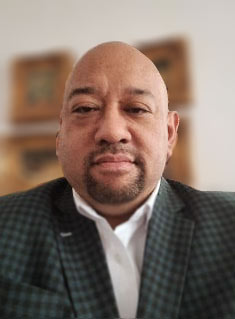 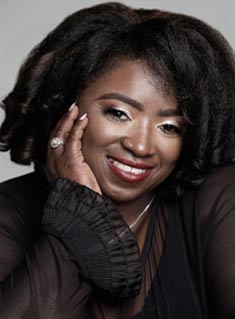 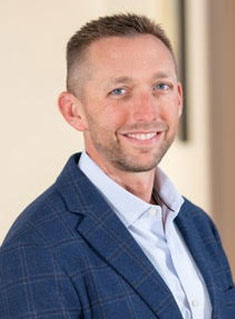 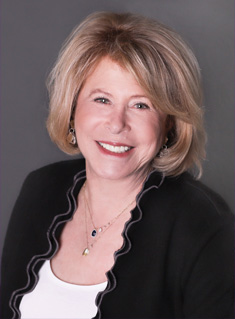 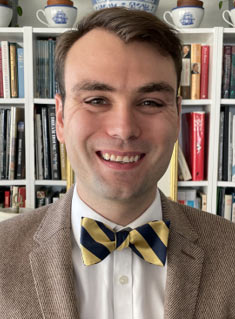 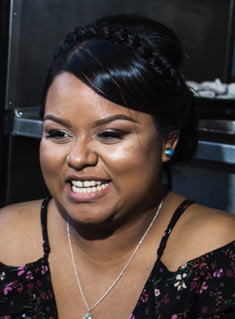 Brad Baldia received his BA in English and Biology from Bucknell University and a Masters in Public Health from Temple University. In 1995, Brad served as a White House Intern in the Office of Presidential Personnel. He currently serves as the National Executive Director of the Federation of Philippine American Chambers of Commerce. Brad works extensively with Asian community organizations on a local and national level, such as the Philadelphia Mayor's Commission on Asian American Affairs and the National Association of Asian American Professionals. Brad is Founding President of the Philadelphia Chapter, was elected in 2006 as Executive Vice President of NAAAP National and served as National President & CEO from 2008-2012. Brad served two terms on the Pennsylvania Governor's Advisory Commission on Asian Pacific American Affairs. He is currently serving his 2nd term on the Delaware Advisory Committee to the US Commission on Civil Rights.

Mr. Baldia has received numerous awards for his efforts, including the "Unsung Heroes Award" by Keystone Mercy Health Plan and "National Brotherhood/Sisterhood Award" by the National Conference for Community and Justice. In 2002, he was recognized as one of the "Top 30 Most Influential Asians in America Under the Age of 30". In 2007, Brad was one of fifty individuals citywide that was nominated for the "Spirit of Philadelphia" award by Greater Philadelphia Cares. In July, 2008, Mr. Baldia was named one of Philadelphia's 101 Top Connectors by LEADERSHIP Philadelphia. In June, 2012, he received the FAAPI 100 Centennial Award from the Filipino American Association of Philadelphia Inc. for his work on the national level.

Prior to founding Jackson Law Firm, PLLC, Aaron served as a shareholder for two premier Harrisburg law firms in their tax, estates and trusts practice groups. He has dedicated his career to serving the needs of clients in the Central Pennsylvania region and throughout the Commonwealth.

Aaron is a graduate of the Dickinson School of Law, Pennsylvania State University, class of 2005. He earned his Bachelor of Arts in Communication Studies from Liberty University in 2001.

Carole Landis, MSS, LCSW, CPC is Chairwoman/Founder of Carole Landis Foundation for Social Action. She founded her nonprofit in 2015 with a mission to fight hate, hunger, and human trafficking.

Carole, has also been practicing as a relationship therapist and life coach for the past 30 years. Through her background in healthcare venues, Carole cultivated skills in marketing communications, sales, consulting, clinical social work, counseling and training professional medical staff.

She holds master's degrees from Both Acradia University and Bryn Mawr College Graduate School of Social Work and Social Research.

Her commitment to social justice/action stems from her professional work advocating for survivors, i.e. victims of domestic violence and sexual assault, Holocaust survivors, and those living with HIV/AIDS, and mental illness. She has worked professionally with physicians, nurses, trauma surgeons, psychiatrists, clergy, police officers and attorneys.

Carole is an activist and supporter of women's rights organizations, and has served on some of their boards. She is active on boards that support programs/policies that secure Amendment rights in fair treatment to all peoples and that seek to end discrimination, bigotry, and hate against any group, regardless of race, culture or gender orientation.

Carole has sponsored several No Place for Hate school programs of the Anti-Defamation League. In addition, Carole has been a trustee of Jewish Federation, Greater Philadelphia chapter. She has been involved in their Committee for Social Responsibility and has helped develop strategies that support Holocaust survivors and the elderly poor Jewish population of Philadelphia.

Outside of his role at Einstein, Norman serves as the Co-Chair for the Young Friends of the Philadelphia Museum of Art. In this capacity, he works to connect the next generation of art-lovers and philanthropists with the Museum's programming and collections. Norman has also served the Young People's Philharmonic of the Lehigh Valley as secretary of the Board of Trustees.

She has held leadership positions at Congreso de Latinos Unidos, Philadelphia, since 2014, and currently is Program Director of Family Wellness. She previously was Congreso's Program Manager, Latina Domestic Violence Program. She has been an Eastern Region Representative of PA Coalition Against Domestic Violence, a statewide domestic violence coalition with a network of 59 domestic violence programs.

A first-generation immigrant from Ecuador, Kira came to the US with her family when she was five years old and settled in New York City with her large family and relatives.

Kira has been a victim services advocate for much of her career, working with domestic violence survivors while in law school. She volunteered her legal advocacy skills with Mil Mujeres, Inc, Philadelphia providing bilingual technical assistance to domestic violence victims.

Tobi has worked for over twenty years within nonprofit, government, and community-based organizations including domestic violence and sexual assault state coalitions in Pennsylvania and New York. Currently, she is the executive director of a community-based victim services program in Philadelphia.

Tobi worked at the Office of the District Attorney in Philadelphia serving survivors and victims of crime for almost 10 years. In one of her two positions at the Philadelphia District Attorney's Office, she had the opportunity to co-lead the rollout and early implementation of a citywide outreach, intervention, and crisis response program for families of murder victims. In addition to her work with homicide survivors, she worked at the New York State Coalition Against Sexual Assault as the Associate Director, becoming one of the first Black women to do so in that state.

In addition to her work with survivors of homicide, Tobi has maintained her passion for working with victims of domestic violence. In 2018, in response to an alarming increase in intimate partner homicides in the city, she hosted and facilitated a workshop and planning discussion to lay the groundwork for creating an Intimate Partner Fatality Review Team in Philadelphia.

Tobi has served on statewide task forces and other committees in Pennsylvania and New York. She is a graduate of the Urban League's distinguished African American Leadership Forum 2019 Cohort. She sat on the PA Governor's Pathfinder Awards Taskforce 2017-2020. She was also a Fellow of the VALOR US (CALCASA) Leadership Education and Advancement for Professionals (LEAP) program 2021 cohort. Tobi currently, serves on the City of Philadelphia's Department of Behavioral Health's Women and Girls of Color Political Leadership Workgroup. 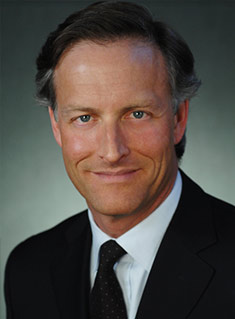 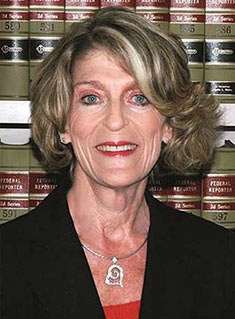 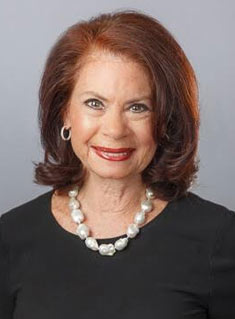 Adam Kessler is the immediate past director of the Jewish Community Relations Council (JCRC) of the Jewish Federation of Greater Philadelphia. JCRC is a convening body for local Jewish agencies involved in community relations, government affairs, social action and advocacy - part of a national network that provides a Jewish voice in national public policy.

Adam has served Jewish Federation chapters in Baltimore and Philadelphia in various leadership roles for 25 years. He has directed Federation's suburban regional offices, the synagogue neighborhood consortia, and as director of Federation's Center for Jewish Life and Learning, he supervised funding for Jewish education and outreach programming in Philadelphia.

Well recognized as a networker of various Jewish organizations linked with the multi-faith community of Philadelphia, Adam worked with diverse communities to develop consensus positions on political, social and interfaith issues as JCRC director.

Adam is currently consulting for local Christian and Jewish leaders working for peace between Israelis and Palestinians by supporting peace building programs that serve the two societies. He serves on the boards of Zones of Peace, a region-wide interfaith movement working to address the root causes of violence in our community; CeaseFire PA, a statewide nonprofit organization working to find solutions to gun violence; and the Institute for Jewish-Catholic Relations at Saint Joseph's University, which works to deepen understating between the two communities.

Adam has been an active lay leader of Congregation Beth Or, Maple Glen. He is the father of two adult children, and lives with his wife, Lisa, in Wynnewood.

Honorable Marsha Neifield is Municipal judge and former Municipal Court President Judge from 2009-2019. She is a recognized pioneer in streamlining the Philadelphia court system and encouraging court participation and collaboration with outside justice partners in restorative justice initiatives and programs. Some of these include Mental Health Initiatives, Veterans Court, The Domestic Violence Diversion Program, Accelerated Misdemeanor Program, Small Amount of Marijuana Program, Sexual Education and Responsibility Program. Each program uses a restorative approach to justice, providing individuals with tools and rehabilitative treatment necessary to improve lives, avoid a conviction, and reduce recidivism.

She is a member of the International Association of Woman Judges, participates in the Domestic Violence Law Enforcement Committee, and serves on the Board of Directors of Villanova University Charles Widger School of Law's Institute To Address Commercial Sexual Exploitation. In addition, President Judge Neifield has been a member of the board of directors for two area drug treatment facilities.

Judge Neifield is a graduate of Temple University's Beasley School of Law, and Syracuse University. Prior to her election to the Municipal Court bench, Judge Neifield was a criminal and civil litigator in private practice and served as as a public defender in Bucks County and Philadelphia.

Sherrie Savett is currently Chair Emeritus and Chair of the Securities Litigation Department of Berger Montague, a national class action and complex civil litigation law firm. She is an active commercial litigator who has been selected as a "Super Lawyer" by Philadelphia Magazine in every year for more than a decade. Sherrie is the immediate past President of the Jewish Federation of Greater Philadelphia (JFGP), having served a 3-year term from 2011-2014. She is currently a Member of the Board of Directors and Trustees of JFGP.

Ms. Savett has been honored as a 2019 Distinguished Leader with the Professional Excellence Award by Legal Intelligencer. She was one of only 11 people honored out of a field of 20,000.

"Life's most persistent and urgent question is 'What are you doing for others'."

The Carole Landis Foundation does not discriminate on basis of race, color, religion, age, ancestry, disability, marital status, citizenship, gender, sexual orientation, gender identity, or any other characteristic protected by law in any of its activities or operations.

SUBSCRIBE
Sign up today to learn about the programs we support and the news that is changing our world.
Carole Landis Foundation is a registered 501(c) (3) as recognized by the Internal Revenue Service.
VOICES FOR CONSCIENCE is a bi-monthly email.